Beranda » Technology » An Introduction to Bitcoin

An Introduction to Bitcoin

Bitcoin is a decentralized digital currency that uses cryptography for security and is not controlled by any government or financial institution. It was created in 2009 by an unknown individual or group of people using the pseudonym Satoshi Nakamoto.

Transactions with bitcoin are made by transferring ownership of the digital currency from one person to another. These transactions are recorded on a public ledger called the blockchain, which allows for transparency and prevents fraud.

Bitcoins can be bought and sold on exchanges or obtained through a process called "mining," in which computers solve complex mathematical problems to verify and record transactions on the blockchain. 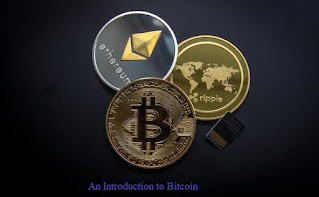 One of the main features of bitcoin is that it is a decentralized currency, meaning that it is not controlled by any government or financial institution. This makes it attractive to people who want to avoid the traditional financial system or who live in countries with unstable currencies.

However, the lack of central control also makes it difficult for governments to regulate and for consumers to protect their assets. In addition, the value of bitcoin can be volatile, and there have been instances of large-scale scams and fraud involving bitcoin.

Despite these risks, bitcoin and other cryptocurrencies have gained popularity in recent years as more people have become interested in decentralized finance and the potential for cryptocurrency to disrupt traditional financial systems.

Here are a few more things you might find interesting about bitcoin:

It is difficult to predict with certainty what will happen with bitcoin in the future. Cryptocurrencies, and bitcoin in particular, are highly volatile and can fluctuate significantly in value over short periods of time. In the past, there have been periods of rapid growth followed by significant declines, and it is possible that this pattern could continue in the future.

That being said, there is a growing interest in decentralized finance and the use of cryptocurrencies as an alternative to traditional financial systems. This could potentially lead to greater adoption and use of bitcoin and other cryptocurrencies in the future.

It is also important to note that the regulatory landscape for cryptocurrencies is still evolving, and it is possible that new laws and regulations could affect the use and value of bitcoin.

Ultimately, it is impossible to know for sure what will happen to bitcoin in 2023 or beyond. It is important for anyone considering investing in bitcoin or any other cryptocurrency to thoroughly research and understand the risks involved before making a decision.

Other Cryptocurrencies In addition to Bitcoin

There are many different cryptocurrencies available in addition to bitcoin, each with its own unique features and use cases. Some of the most well-known alternatives to bitcoin include:

Is bitcoin or Another Crypto Not Save for Investment?

Investing in bitcoin and other cryptocurrencies carries inherent risks and is not suitable for everyone. The value of cryptocurrencies can be highly volatile and fluctuate significantly over short periods of time. In the past, there have been instances of significant price swings, and it is possible that this could happen in the future as well.

In addition, the lack of regulation and central oversight means that it can be difficult for consumers to protect their assets, and there have been instances of large-scale scams and fraud involving cryptocurrencies.

It is also important to note that investing in cryptocurrency is not the same as investing in a traditional asset, such as stocks or bonds. There is no guarantee of a return on investment, and the value of your investment can go down as well as up.

If you are considering investing in cryptocurrency, it is important to thoroughly research and understand the risks involved and to consult with a financial professional before making a decision. As with any investment, it is important to only invest what you can afford to lose.

In conclusion, bitcoin and other cryptocurrencies can be highly volatile and carry inherent risks. While they have the potential to disrupt traditional financial systems and offer some unique features, it is important for anyone considering investing in cryptocurrency to thoroughly research and understand the risks involved and to consult with a financial professional before making a decision. As with any investment, it is important to only invest what you can afford to lose.

0 Komentar untuk "An Introduction to Bitcoin "