The Different Between Private Equity and Venture Capital

If you planning revolutionary business sooner or later, you're going to need some funding, perhaps.

You've looked into how companies get funded and you're confused by some of the financial. Well, worry, no more.

Today. We're going to be diving into two of the most commonly, discussed types of funding and sorting out the differences between them. 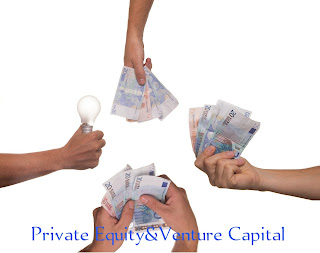 So you can talk business with the top investors, the world over. This is the who, what, when, and how of private equity and venture capital.

What do they have in common? Both private equity and Venture Capital are forms of private investment where the companies are not publicly traded on the stock market, like all Investments.

They both involve the exchange of a substantial sum of money for partial, or total ownership of a business.

The company receives a much-needed, influx of capital for the business and the investor hopes to see a return from their investment.

How are they different private equity and Venture Capital differ in the types sizes and ages of the businesses they investing as well as how much money, they invest, how much Equity they acquire and how involved the investors get with the decisions of the company during the investment period.

Private Equity is reserved for only the most established most stable companies in the world.

Investors buy into established companies that may be experiencing hardships or not returning profits to their full potential with a goal to streamline their operations rejuvenate the company and increase Revenue, they typically by full ownership of a company in what's called a leverage buyout there, by giving them total control of the business.

Their investment is concentrated into one company. As there is little chance of an absolute loss on an already established business, this buyout usually involves a substantial amount of money with buyouts reaching tens, hundreds, or even billions of dollars, but it's not all about who can put in the most cash.

Private Equity is about management, as well as funding. Any investment in a company involves the founders giving up a measure of control and private Equity, takes that to the extreme. Same as these investors by a majority stake.

In the company. They have the power to make major decisions for the business including changing operations, or even firing the entire executive team.

Think of private Equity Investments, like flipping houses, the firm's, by businesses that need some work, fix them up as quickly as they can, and then sell out the newly redone business to cash out on their investment.

Let's look at PetSmart Pet, Smart has been a beloved brand for pet owners since the 1980s, but in 2014, they found their sales beginning to slow, with her loyal customer base and relatively strong cash flow.

They were in the perfect position to benefit from a leveraged buyout. The investment for bearing.

Capital Partners took an interest in the company and with the backing of their limited partners ended up buying PetSmart.

Eight point seven billion dollars with the buyout, the business then became privately traded and was delisted from the stock market. So that work could begin. And boy, did it begin within a month.

The leadership team had been restructured with over half a dozen senior managers being replaced this allowed, the executive team to make decisions faster and more effectively.

In addition to improving the efficiency of their operational processes. BC Partners. Also implemented Zone pricing across the United States.

Adjusted, the prices of individual items to maximize profit on hot ticket items and encourage sales of underperforming products. Add to that.

The individual attention paid to each store, sales volumes and PetSmart saw their oversupply and inventory, problems disappear, practically overnight the investment in resources, provided by b.c. Partners also enabled PetSmart to launch a research campaign in order to get to know their customers better.

They explored pet owners favorite things about shopping at PetSmart and use the answers. They found the help them.

Perfect the services, they offer or grooming services more in store, veterinarians at a Doggy Daycare. More of everything that brought pets in with their owners. So that the store became not just a shopping space but a social one too.

In the words of PetsMart, CEO, Michael J, Massey. This was a business with a strong sense of community.

One built around smiles and kisses all of this paid off in a big way for both PetSmart and BC Partners their sales, which had been below average and slowing prior to the buyout shot, through the roof profits.

Went up costs went down and in less than a year PetSmart was able to return to their investors dividend of 800 million dollars and smart was back on top of their game.

So what's Venture Capital Venture? Capital investors? Put their money into newer less established businesses with a view to make above average Returns on their investment. Once the company delivers on its potential.

These Investments are much smaller than private Equity Investments, usually ten million dollars or less and are typically in companies in the tech biotech or clean Tech Industries.

Think about Shark Tank or Dragons Den, entrepreneurs, with great ideas who need funding to get off the ground. And investors who want to help them. Make it big in return for big profits Venture Capital firms.

Typically invest with less than 50 percent of the company's Equity. This way. They can spread their resources across the number of different companies, giving them a greater chance of being on board with the next big thing strikes. This also means that they are less susceptible to failure.

If your eggs are spread out in different baskets. You can't lose them.

All venture capital could also include an element of guidance as the founders of the business are usually new entrepreneurs.

They might not have a great deal of Industry contacts or market experience. Venture Capital investors can help making introductions and giving advice to help the young business grow and Thrive.

Take Snapchat, for example, born from the minds of Stanford students. Even Spiegel, and Bobby Murphy.

Snapchat was conceived as a push back against the permanence of other social media, the photos that you frantically untag before a job interview or the status as you post on impulse. And then delete hoping nobody saved a copy Snapchat by contrast was made up of fleeting moments in 2012.

Their app was barely a year old and had Not quite 100,000 users. They had a unique idea and a small but solid user base, what they were missing was the funding and Industry Cloud.

Push them into the big leagues. Enter. Jeremy Lou a partner at Lightspeed Venture partners.

He had heard of Snapchat through a colleagues daughter and wanted to know more after meeting with Spiegel and Murphy.

He knew they had an idea worth backing wrote them a check for four hundred eighty five thousand dollars with that funding and the industry knowledge that Lou brought to the table Snapchat and took off.

By the time, the company went public in 2017. Snapchat had over 150 million users sending a collective 2.5 billion, snaps each day, with a total company value of 25 billion dollars.

The Different Between Private Equity and Venture Capital

In short. Private Equity is for large companies were established but are struggling to hold the same power they had.

Before an investment company will often by a controlling or complete share of the company at a hefty price and will sell their shares of the company. Once, they've turned the business.

Has around venture capital is for smaller companies who are newly established in need an influx of cash. To make that next big step investment in.

These companies is less about control more about return leveraging, a small investment to a big payday when it comes time to go public investors, often play a mentor role rather than an executive one and can provide valuable experience to the founders without needing to steer the business themselves.

Now that you understand the ins and outs of private equity and venture capital.

It's time to put your knowledge to good use. You can now confidently, discuss investment with other entrepreneurs, identify and negotiate the right type of funding for your business and one day maybe even become an investor yourself.

0 Komentar untuk "The Different Between Private Equity and Venture Capital"